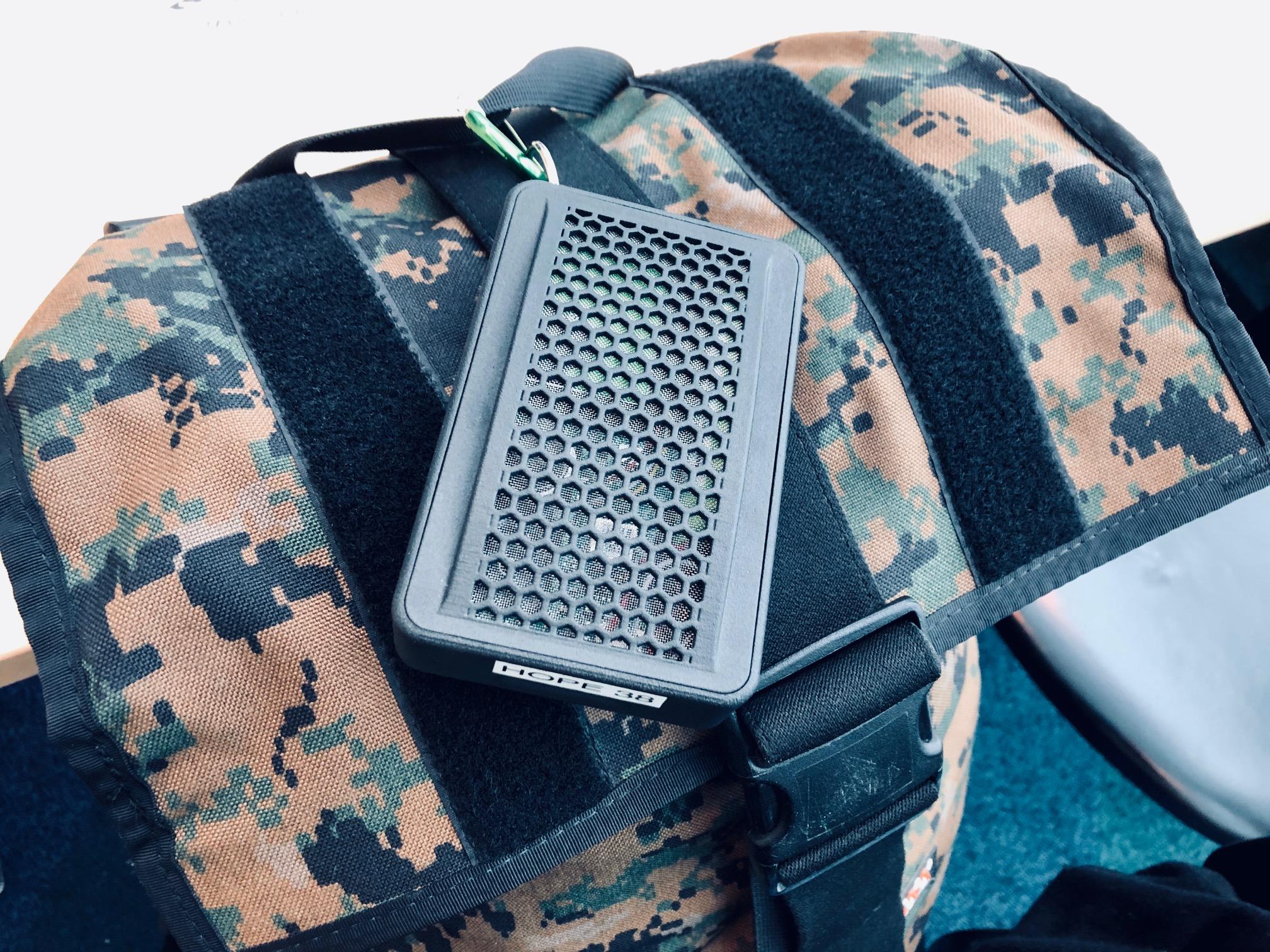 100% of the citizen of Jätkäsaari who participated to the first HOPE mobile air quality measuring campaign would recommend participating to the next campaign to their friends and neighbors.

The air quality monitoring network in Helsinki metropolitan area provides accurate measurements from locations of fixed monitoring stations but the network consists currently of only eleven monitoring locations spread over a wide and diverse area of four municipalities. The major milestone of the HOPE project is building three comprehensive local monitoring networks in three different city districts with new generation mid-cost sensors. In addition to the three local networks the project has started crowdsourced air quality measurements where up to 100 citizens at a time carry a small mobile citizen air quality sensor devices and produce hyper-local real time air quality data to be processed as a part of the public regional air quality information, maps and forecast system. State of the art computational technologies developed in the project such as edge-computing, machine learning and AI algorithms are used in calibrating the sensors and in crunching the data.

The project focuses on three districts in Helsinki with varying air quality challenges. Jätkäsaari is major residential waterfront district under development which will be home to some 30 000 citizens by 2030 but its current over 10 000 inhabitants are plagued by the heavy dust from the ongoing construction sites and related logistics as well as serious traffic congestion and emissions. Vallila is a dense old inner-city district with urban street canyon with over 30 000 vehicles passing through daily and causing emissions and heavy local street dust problem. Suburban Pakila area is affected by high amount of local domestic wood burning smoke as well as the two main highways, including the Ring 1 road with about 100 000 vehicles passing through the area every day.

HOPE project will organize six crowdsourced air quality measuring campaigns with mobile sensors over its three years’ span. First campaign was conducted as a small scale pilot in Jätkäsaari waterfront area from June to August 2019 and it was a success. Twenty-six local residents were recruited from the Air Quality Troops, a pool of volunteers collected to be used in different air quality themed projects in Helsinki. The first version of the proprietary HOPE mobile sensor developed by University of Helsinki’s Megasense team were tested in the field before manufacturing the full run of the devices and the measurement data was validated with the local fixed high precision sensor station as a reference point. Portable sensors connect to user’s smart phone via Bluetooth and utilize the phone for transferring the data to the University of Helsinki’s new Megasense IoT data platform.

In return for participating the user gets a personal password protected webpage with graphs and a heat map of the locations of the measurements of user’s exposure to carbon monoxide, nitrogen monoxide, ozone and pm2.5 and pm10 particles as well as environmental variables such as temperature and humidity. Even though the carrying the sensor devices and keeping it connected with the mobile phone can be considered as quite cumbersome and even technically challenging by someone not used to participating in such experiments, after the pilot in the feedback survey 100% of the campaign participants said they would recommend participating in the HOPE mobile Air Quality sensoring to their friends and neighbors.

All in all the results of the first measurement campaign were very encouraging for the project and its future. The first full-scale measurement campaign is currently going on in the Pakila area, in the early spring of 2020 the project moves to measure the inner-city district of Vallila and then the same round of measurement in the three areas is repeated. In 2020 and 2021 the project will mobilize the citizens in their own districts through co-design, participatory budgeting and local air quality interventions.

This website uses cookies to improve your experience while you navigate through the website. Out of these, the cookies that are categorized as necessary are stored on your browser as they are essential for the working of basic functionalities of the website. We also use third-party cookies that help us analyze and understand how you use this website. These cookies will be stored in your browser only with your consent. You also have the option to opt-out of these cookies. But opting out of some of these cookies may affect your browsing experience.
Välttämättömät Always Enabled
Necessary cookies are absolutely essential for the website to function properly. These cookies ensure basic functionalities and security features of the website, anonymously.
Toiminnallisuus
Functional cookies help to perform certain functionalities like sharing the content of the website on social media platforms, collect feedbacks, and other third-party features.
Käyttäjäkokemus
Performance cookies are used to understand and analyze the key performance indexes of the website which helps in delivering a better user experience for the visitors.
Analytiikka
Analytical cookies are used to understand how visitors interact with the website. These cookies help provide information on metrics the number of visitors, bounce rate, traffic source, etc.
Mainonta
Advertisement cookies are used to provide visitors with relevant ads and marketing campaigns. These cookies track visitors across websites and collect information to provide customized ads.
Muut
Other uncategorized cookies are those that are being analyzed and have not been classified into a category as yet.
SAVE & ACCEPT